The Sabbats celebrate the eternal circle of life – birth, death, and rebirth. These seasonal holidays have been followed for many thousands of years by ancient cultures such as Nordic, Celtic, and Greek. The Sabbats are attuned to the natural rhythms and cycles of nature and the passing seasons. Sabbat is a French word taken from the Hebrew Sabbath, meaning “to rest.” The Sabbats take place eight times in the year, they have spiritual significance. Most witches celebrate the Sabbats.­

Halfway between each equinox, there are two points on the earth’s path which mark the Solstices. Daylight hours are at their longest during the Summer Solstice, the hours of darkness are at their shortest. During the Winter Solstice, we have the shortest day and longest night.

All Sabbat ceremonies begin at sundown on the eve of the dates given and continue to sundown. Each Sabbat is spaced at approximately even intervals throughout the year.

By celebrating the festivals, you attune yourself to the cycles of nature creating an inner calm and oneness with all things.

The Wheel of the Year

The Wheel of the Year is of Pagan heritage and is the calendar for the cycle of the seasons. The year is viewed as a wheel that keeps turning, and once it has completed a rotation, the wheel keeps going and turns again and again. Each of the spokes on this wheel represents one of the eight Sabbats.

The Wheel of the Year begins at Samhain, which is better known as Hallowe’en or All Hallows Eve, which is the Celtic New Year, this is when the veil between the worlds of life and death are the finest.

Wiccans look at the year as the continuing and repeating story of the life, death, and rebirth of the God and the fertility of the Goddess.

Wheel of the Year Cycle 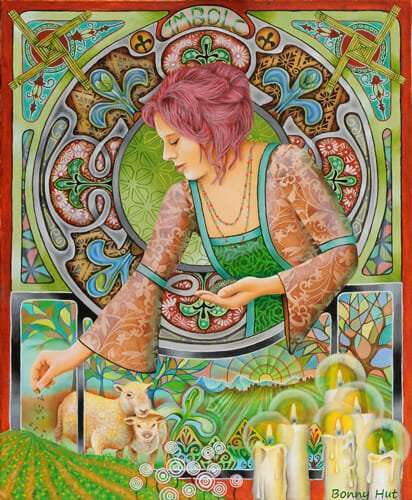 Imbolc is the time to sort out any pressing matters, such as making peace with those you’re in conflict with, returning borrowed items, and reconnecting with family and friends.
Read More 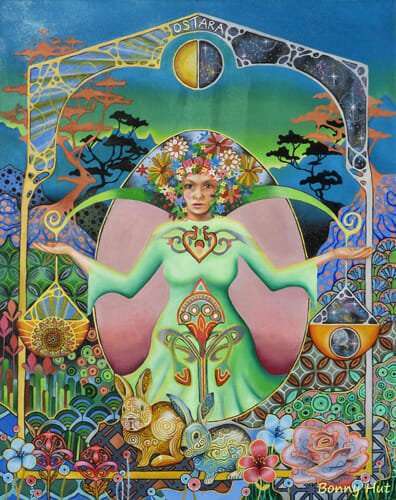 Ostara is a Lesser Sabbat and marks the Spring Equinox when day and night balance. Called Ostara after the Saxon Goddess Eostre, this is a time of renewal, regeneration, and resurrection.
Read More 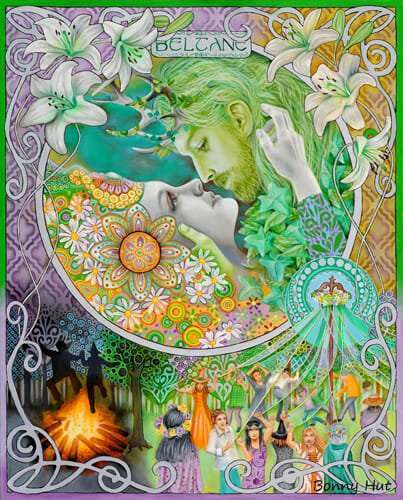 Beltain (fire in the sky), celebrates the spring holiday and is a significant fire and fertility festival that begins at sunset on 30th April. Halfway around the year from Samhain, when we honour the dead, Beltain is the festival that honours all of the living.
Read More

Litha (the Summer Solstice) marks the longest day of the year. During the summer solstice, it is the time of the first harvest and the celebration of this bounty. In times gone by this Sabbat was celebrated with large bonfires, they were burned to promote purification, fertility, and love.
Read More
Posted on April 11, 2021October 12, 2022 by Philip, Dragon Kin — Leave a comment
Category: Sabbats
Subscribe
Login
0 Comments
Inline Feedbacks
View all comments
wpDiscuz